Tom Lüthi achieves the sixth place in a hard-fought Le Mans Battle today and stepped closer towards the championship lead.


Despite the awkward weather more than 100.000 fans came to the Bugatti Circuit of Le Mans this Sunday to warm up with some hot MotoGP-action. With temperatures around 15 degrees the conditions were not easy for the Dynavolt IntactGP riders in France.
Tom Lüthi had a terrific start into the 25-laps-race from first row and immediately took over the lead. After three laps the Swiss had to admit that today it was not possible to stay with the pace of the Top 3. He was not 100% confident with the bike and pushed more at the limit than at any other race of this year so far.

Tom Lüthi was able to bring the sixth place home and collected ten more points. He minimized the gap towards world championship leader Lorenzo Baldassarri, who crashed out of the race, in the overall standings to only seven points. Marcel Schrötter takes home eight points, but still dropped down to fifth position, but everything is still open to the front. Before the Grand Prix of Italy is taking place from 31st of May to 2nd of June in Mugello and the world championship battle continues, the squad from Memmingen, in Germany, has to sort out some question marks and find their way back to old strength. Therefore a two-days-test next Tuesday and Wednesday in Barcelona comes just at the right moment.

I was hoping for a lot more today. It's not just because it is Le Mans, as the others are also fast here, but because of the starting position in the front row and because of my good start, I thought I could make a better race over the distance. But I was more at the limit than in other races. The bike wasn't what I needed from the beginning today. I then tried to adapt the riding style a bit so that I could get a bit more out of it, but that just didn't work out and at some point I got swallowed up by the group. The others overtook me inside and I could not defend myself. Marcel also tried twice to get past me, but fortunately I was able to win against him. Of course the sixth place is very important for the championship, but we want more than just sixth places, especially after a start from the front row. Nevertheless, you have to stay calm and make no mistakes in such a situation. I will just take the sixth place home now.

There are such weekends again and again and not everything always goes according to plan. I am not madly happy, but there is no reason to question everything. It just was a difficult weekend, Tom wasn’t really happy with the bike on Friday already. He had massive problems. Then we wanted to sort out a few things for Saturday, but the weather cut us off. It wasn't possible to try anything in the rain and there wasn't enough time in the warm-up this morning. So we already knew that the race would be difficult. I still think we did our best and that is important. If you want to fight for the title then you also have to take a sixth and an eight place and the relevant points home. That is better than doing a mistake and missing out on the points. Now we're going to Barcelona and will continue to work at a two-day-test. You have to say quite clearly that since we got the new tyre things haven't been going so well. Now we just have to find out what the others are doing better than us at the moment. That's what we have to do and I'm confident we will find a solution. The positive thing at the moment is that Tom has caught up ten points in the championship. So we also had luck on our side. 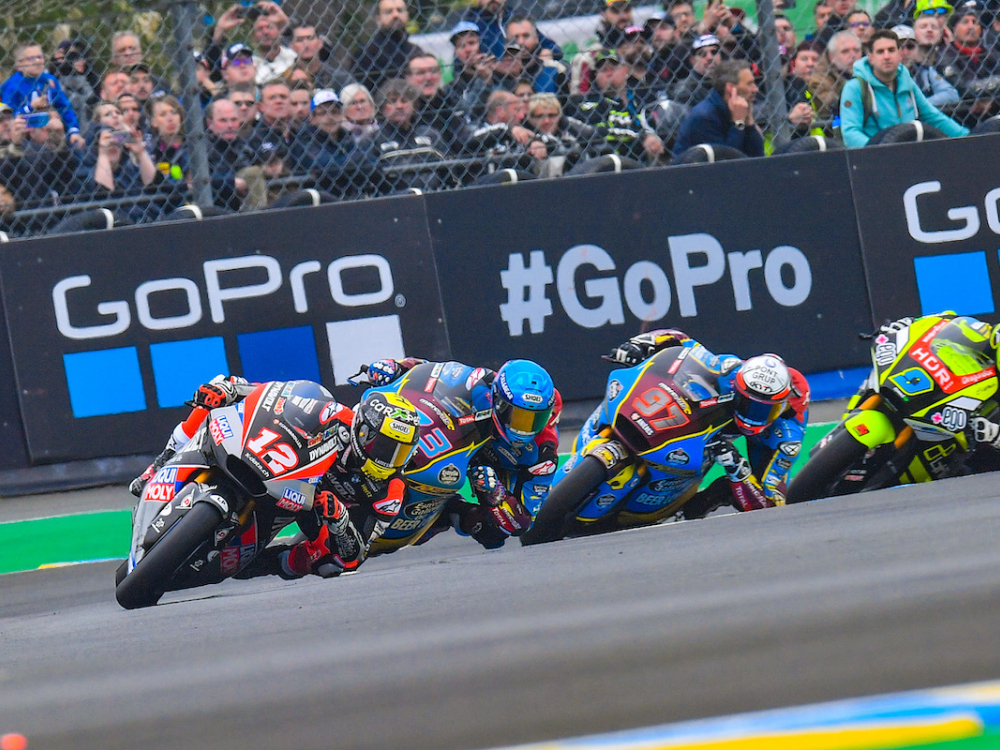 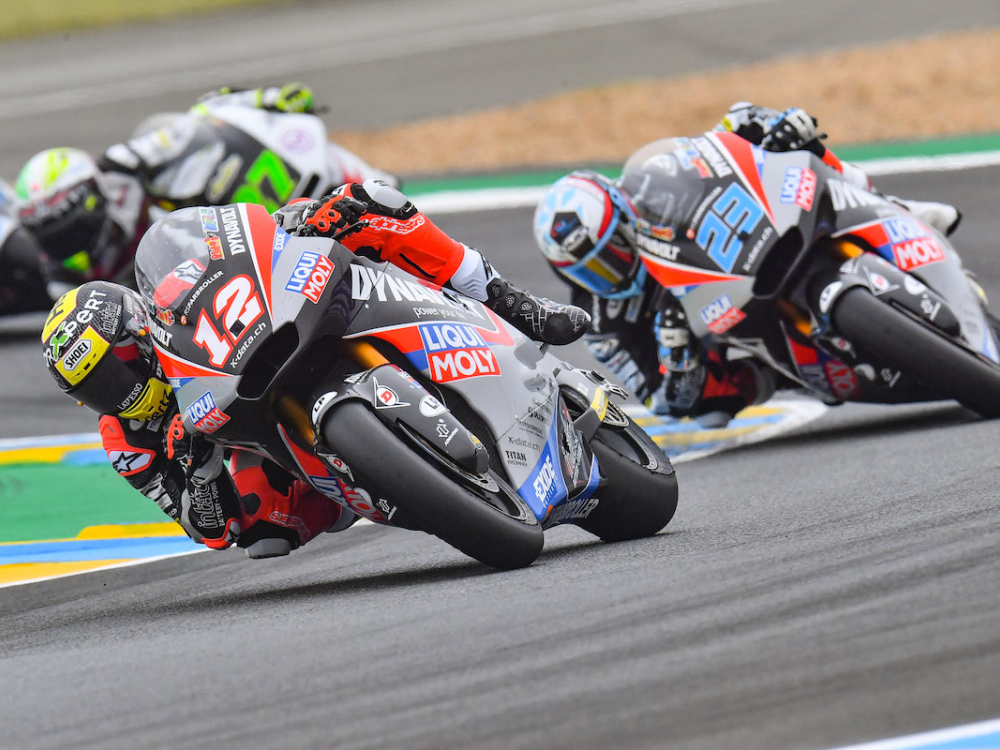 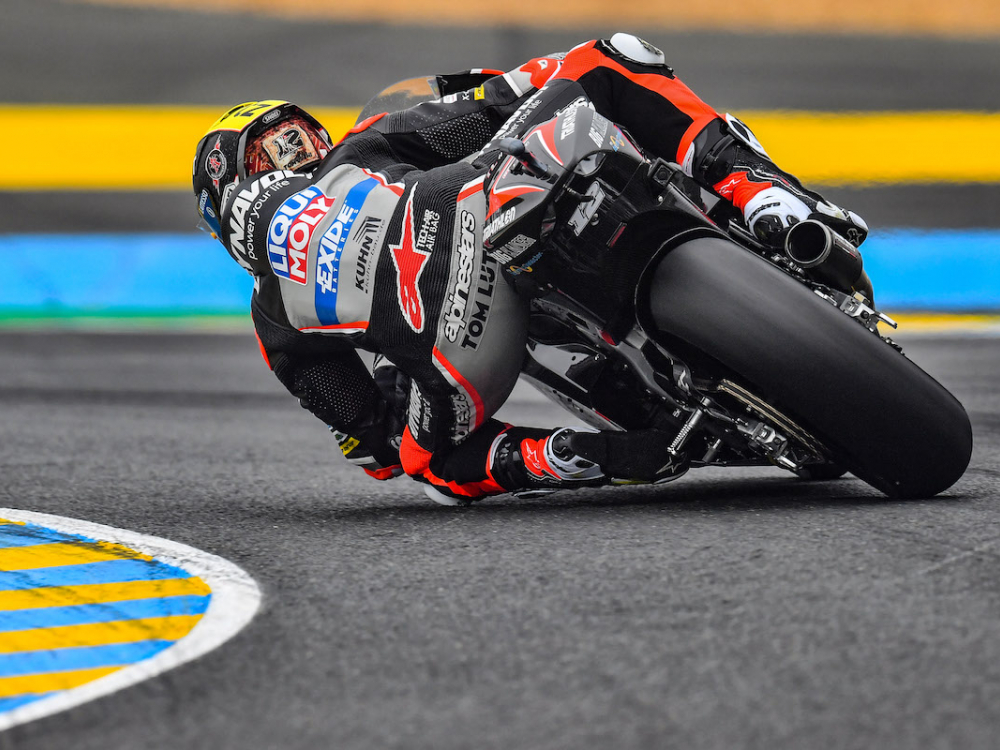 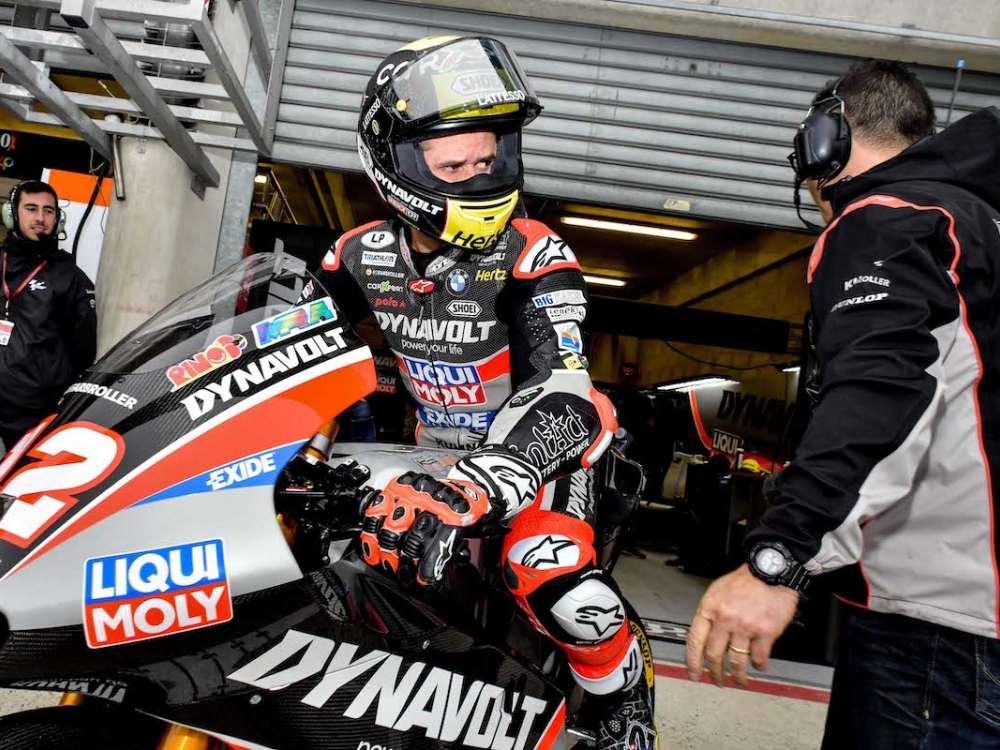