The Grand Prix of The Americas 2019 meant a superior victory for Tom Lüthi and a fantastic second place for his teammate Marcel Schrötter.


He came, saw and won, could almost be said about Tom Lüthi after the GP weekend in Austin. Having been at the top all weekend, he was part of the leading group in the race from the start on. After almost seven laps in second place and some unpleasant contacts, the Swiss could finally pass the leading Spaniard Alex Marquez and overtake the lead.
In the end the man with start number #12 had a lead of more than two seconds and crossed the finish line as a superior, cheering winner, while his pit neighbour also kept his distance to Jorge Navarro, who was approaching in third place, and was happy about an unbelievable second place.

When MotoGP opens its European season in Jerez de la Frontera in three weeks time, from May 3rd to 5th, Marcel Schrötter and Tom Lüthi will arrive at the Spanish track as runners-up and third in the World Championship with the mission to continue their hunt for this year's title.

I am really, really happy. When I passed the chequered flag in first position I immediately started to scream into my helmet. It was an unbelievable feeling. To get a victory again and be back at the front is amazing. The whole weekend went well. We had a good pace and I knew I could be fast. But the guy next to me in the garage has been faster than me all practice long and I think that was not too bad as it put me under a lot of pressure. We had to fight hard to find the right setup. I want to thank my team for this amazing effort and that we are back at the top. Because of the zero points from Argentina I knew that today I really need points and I need to do a clever race. I had a good start and went into second position from the beginning. Then I had to fight off Alex Marquez, who went into the inside of the turn again, where there was no space and we touched. He tried to leave me behind, but I was able to pass him back and I stayed there.

I did not realize what just happened yet to be honest. Places one and two… we knew that this is possible, but if you achieve it, that’s another story. Now we finally did it, but in a way that I had not expected. Both were incredible. The others did not have much of a chance against our riders. That did surprise me a bit and it will take some while until I realized it. I have to praise the whole team. It is so much fun this year and the chemistry is just right. Everybody is giving everything and works super professional and you can see that on the result. I am really very, very proud of all of us. 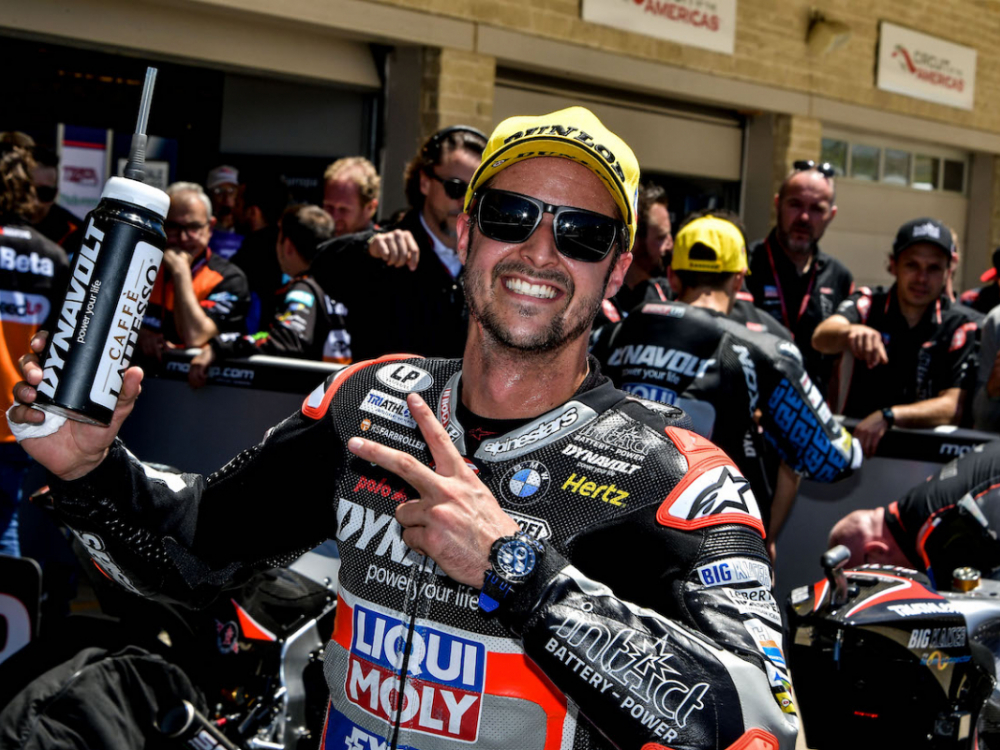 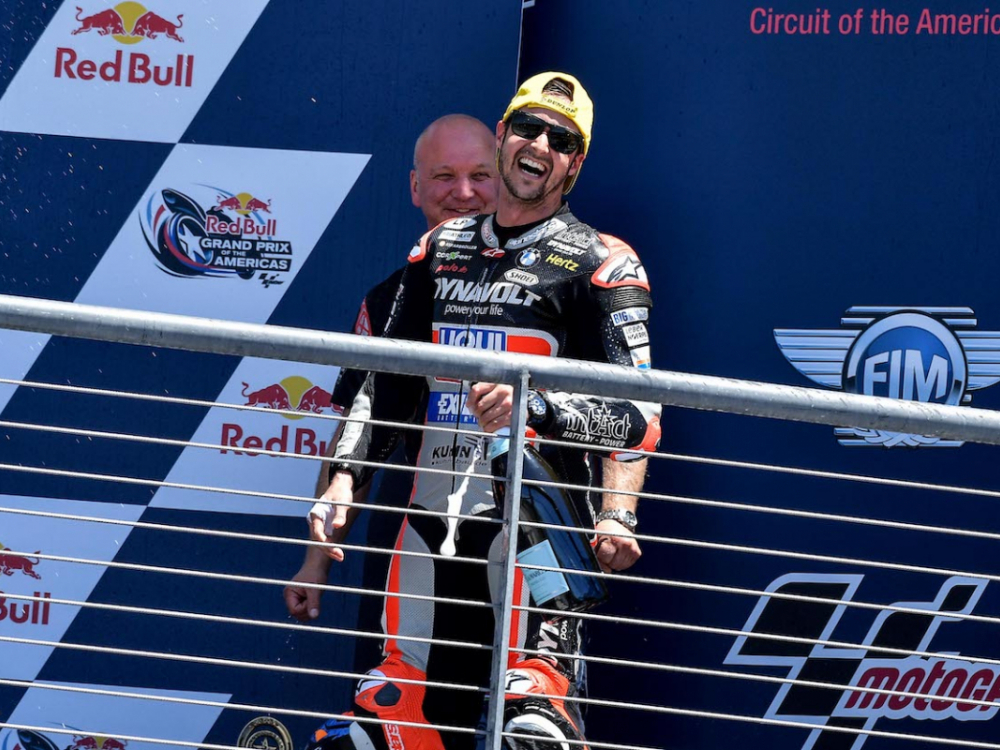 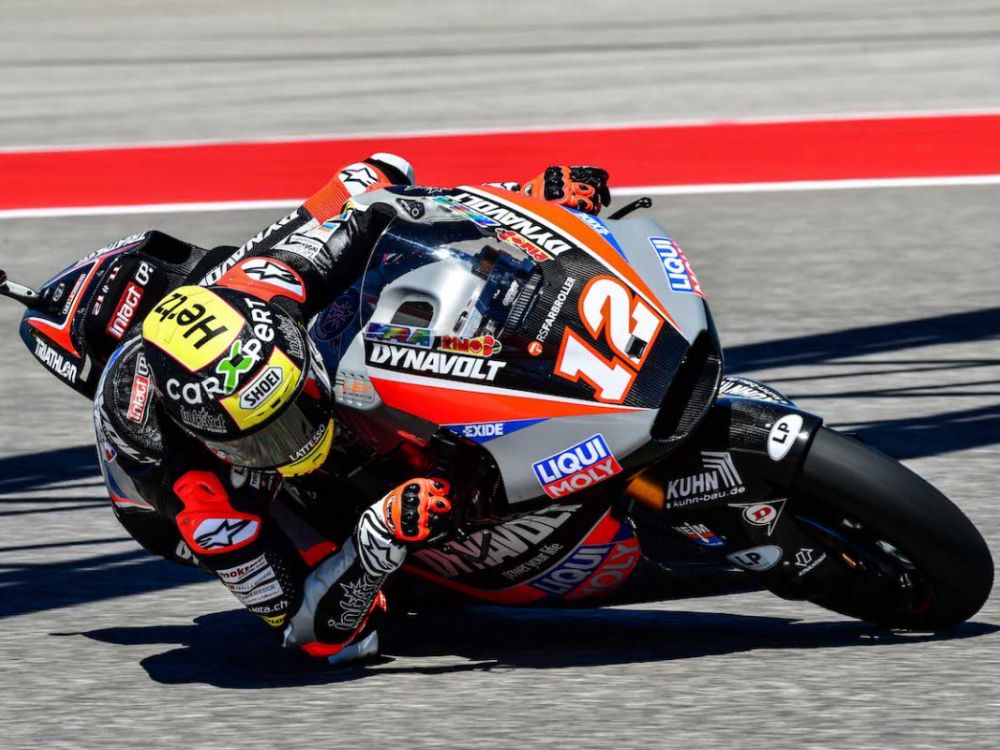 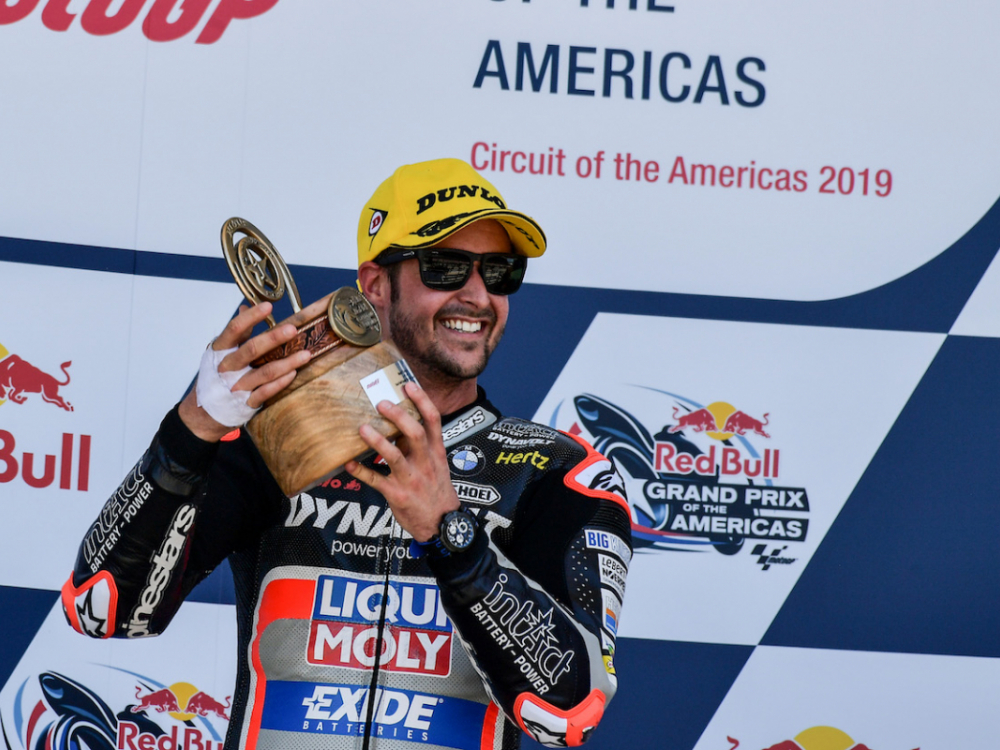