Strong start into the official test in Jerez

After only one week of abstinence the Dynavolt Intact GP riders Marcel Schrötter and Tom Lüthi were back at the Circuito de Jerez today to kick off the first official test of the season 2019, which takes place from 20th to 22nd of February.


The first of three testing days on the Jerez track, that partly became a new surface over the winter, has been a strong start to the official racing season. With perfect weather conditions, around 20°C and sunshine, the lap-times of the Moto2-class were straight away quite fast.

Tom Lüthi had a promising day. With his best lap-time of 1:41.666, which he earned in the third and last outing, the Swiss finished that session with the sixth fastest time and ended the day in ninth position on the overall time sheets, with only half a second gap to the top. A very positive aspect is that he earned his fastest lap-time on a set of old tyres, that were used more than the lengths of a race distance.

The beginning of the day seemed to drag on forever. We were testing a few things, but didn’t really make any steps forward. Nevertheless the fastest time I had with old tyres, which means they had been used more than a race distance. That is more than positive. I think we are going in a direction now that takes us closer to the top. This time fortunately it was not as windy on the track. That was real problem last week. The conditions were almost perfect today. We can all be happy about that. The lap times were brutally fast, but the bike is new for all of us and we do not know yet how much room for improvement we still have. 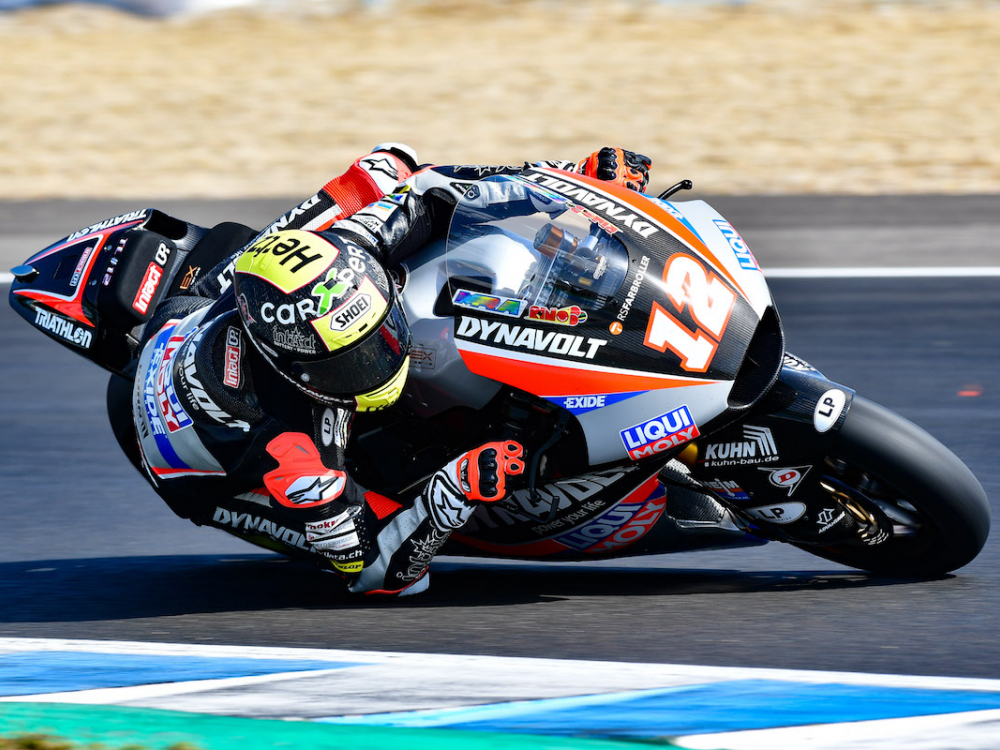 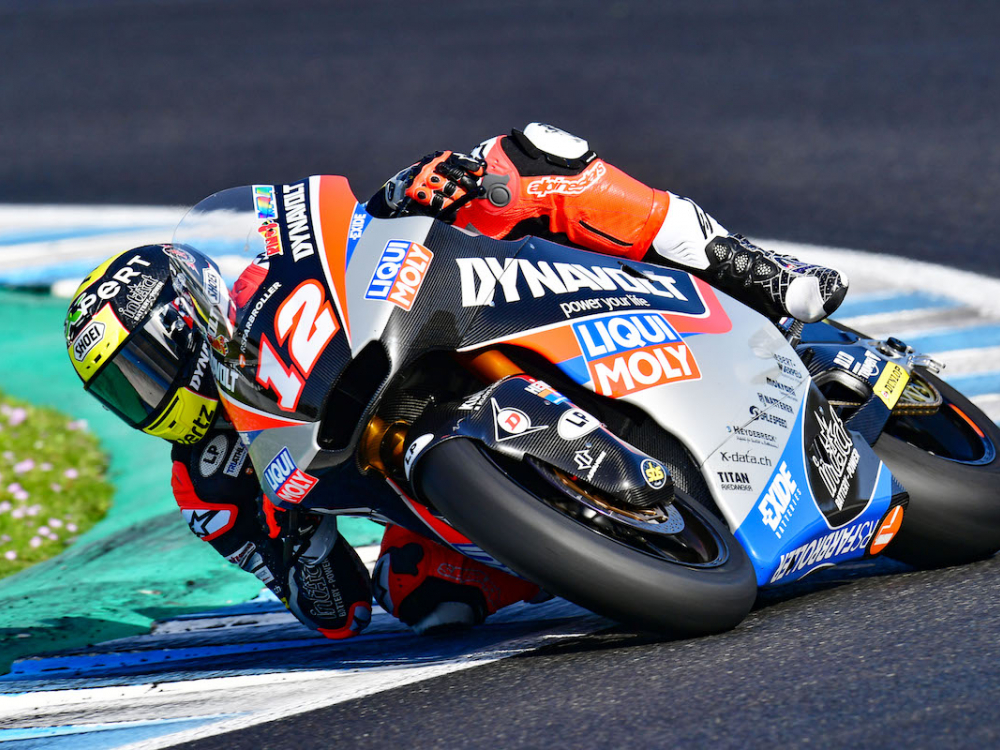 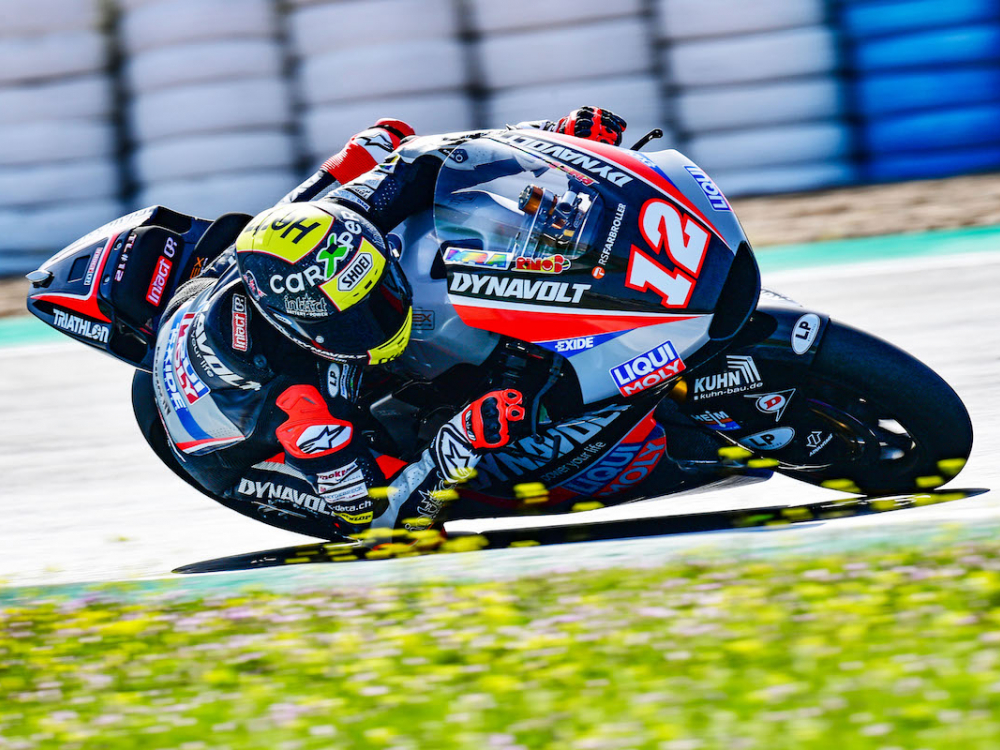 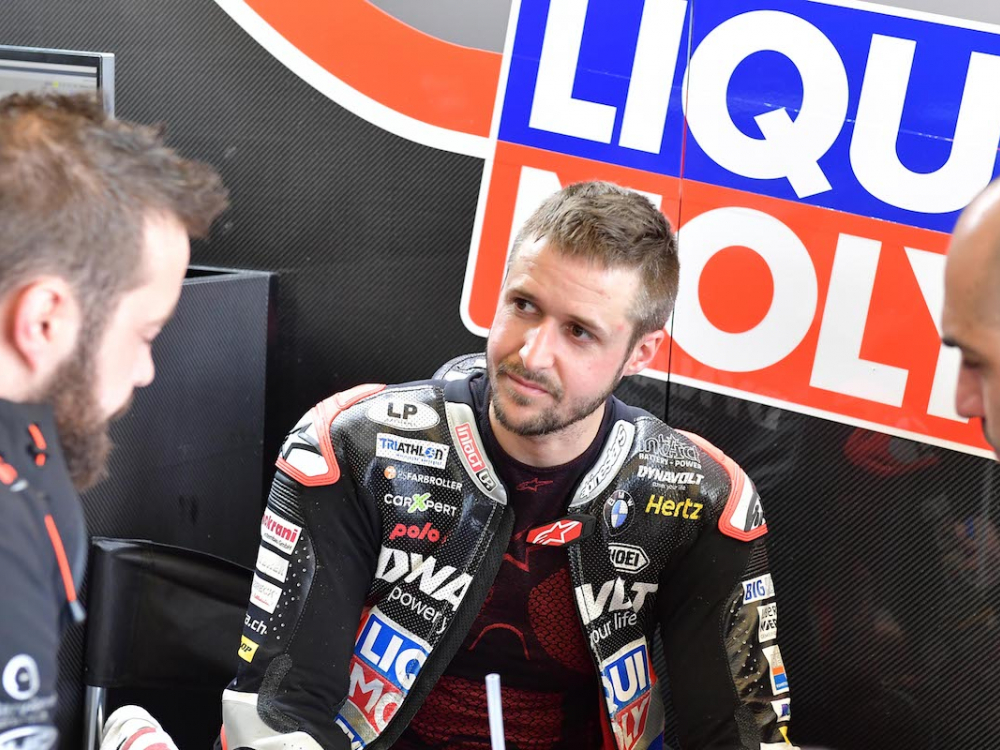 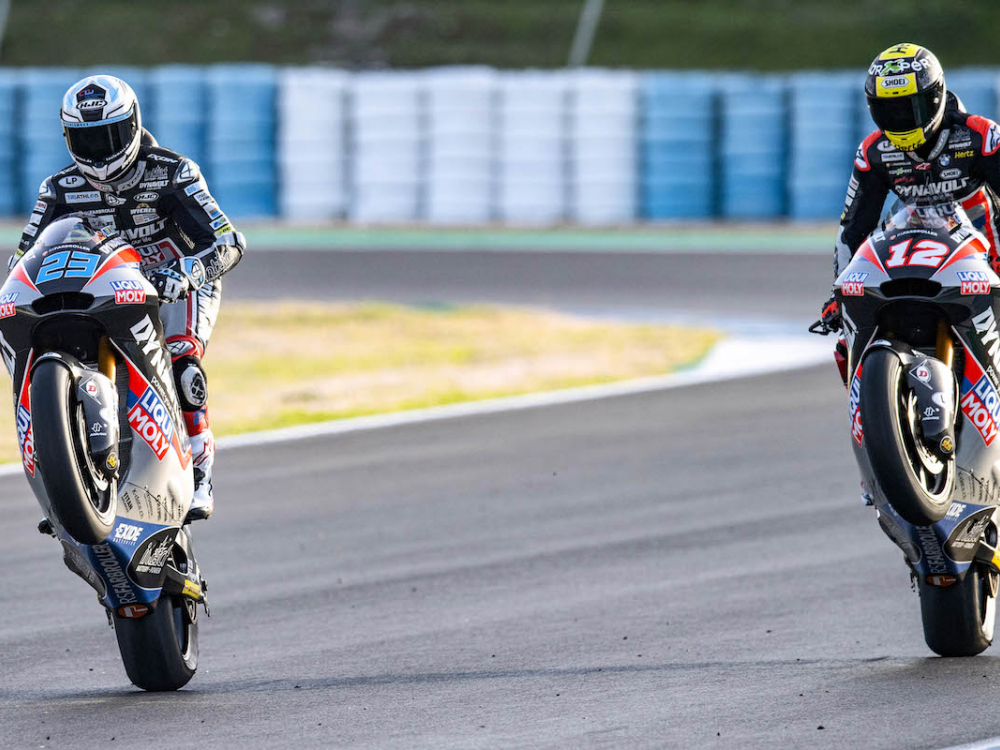 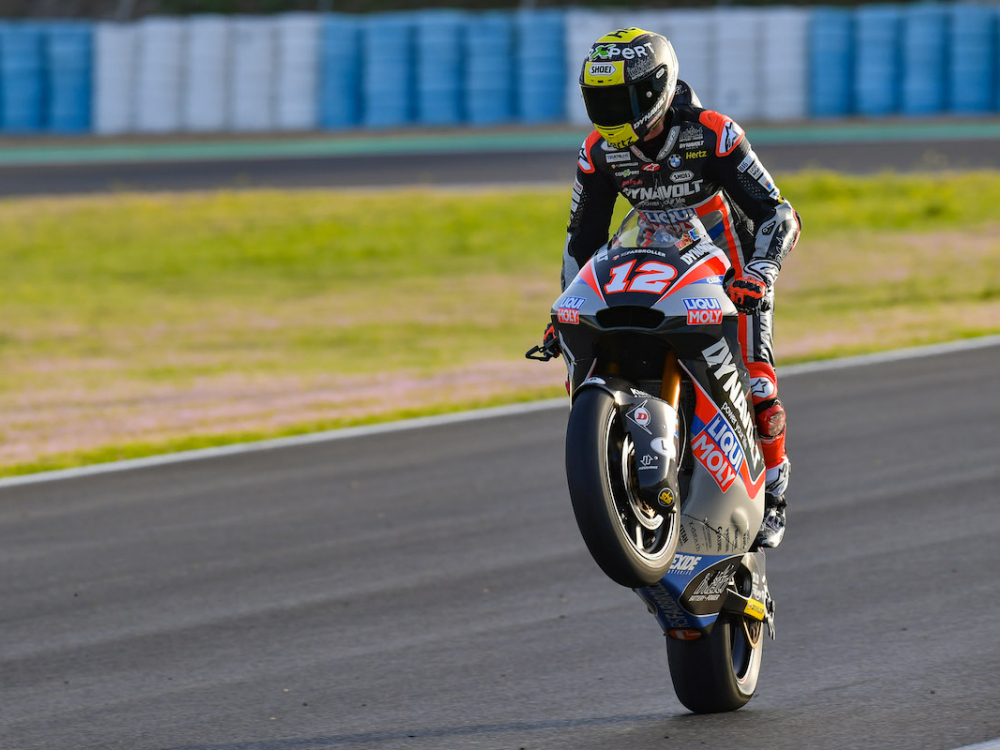